eCraft2Learn at BETT Show 2018 with Ultimaker

On 24th – 27th January eCraft2Learn industry partner Ultimaker, made its annual foray to exhibit at the BETT show, which is held each year at Excel in London. This world leading exhibition showcases the very best of Education Technology and attracts a huge amount of education visitors from around the world, in fact in 2017 it was attended by over 34,000 visitors from 131 countries.

At this prestigious event, Ultimaker and their UK education partners The CREATE Education Project showcase the very best of their education projects and of course this included the eCraft2Learn project. Ultimaker dedicated an area of their stand to eCraft2Learn and were keen to display an example student project.

It made sense to display one of the example projects that have been tackled by students taking part in the first round of pilots and the Arduino controlled lighthouse was selected. In order to showcase the potential of 3D printing as part of the eCraft2Learn infrastructure, Ultimaker produced a large 3D printed lighthouse to house the electronics. Using the eCraft2Learn teacher manual for guidance, an Arduino Uno was connected to an LDR (light sensor) and LED, it was then programmed so that the LED would flash when it was dark. The LED was positioned at the top of the lighthouse and the Arduino and electronics in the base. This took centre stage on it’s own stand at the show, along with a large light up panel promoting the project to visitors.

Over the 4 days, countless stand visitors from around the world were interested to hear about the project and project information leaflets were distributed to visitors. Ultimaker were delighted to showcase eCraft2Learn and feel that this was a very welcome addition to their stand this year attracting a lot of interest. 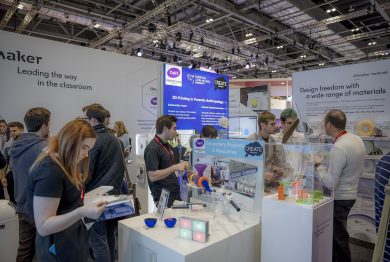 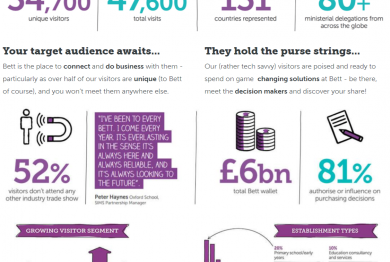